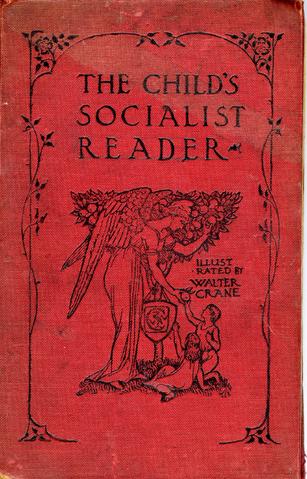 The Socialist Sunday School was an educational organisation created in Glasgow in the 1890s in order to teach children and young people the ideals and principals of socialism. Though associated with political stances instead of a religious one, the Schools adhered to a "religion of love’" perspective, pushing for equality and peace, and giving the younger generation the tools they needed to help bring the ideals of socialism to fruition. Children attended meetings, recorded minutes, were taught through literature, music and art, and were encouraged to form their own opinions, ask questions, and become active, conscientious people. Furthermore, the organisation was committed to women’s equality. Girls were treated equally in schools and the movement recognised a less stereotypical role for women. Women activists and equality campaigns were frequently referencedin the Sunday School’s magazine ‘Young Socialist’, and those who attended the School attribute its practice in equality to have informed their views on gender relations. The schools were renamed ‘The Socialist Fellowship’ in 1965, but due to a lack of adult support, the last traces of the movement were extinguished in 1980.