Wimmin vs the G8: blue issue 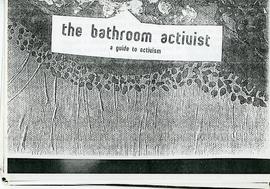 Photographs and press cuttings, many of which have been commissioned by and/or featured in Outwrite Women’s Newspaper.

Material relating to lesbian and gay issues (including Black lesbians and gay men) in Haringey.